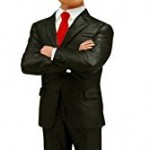 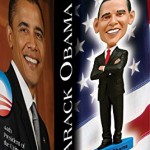 Barack Hussein Obama II is the 44th and current President of the United States. He is the first African American to hold the office. Originally from Hawaii, Obama is a graduate of Columbia University and Harvard Law School, where he was the president of the Harvard Law Review. He was a community organizer in Chicago before earning his law degree. He worked as a civil rights attorney in Chicago and taught constitutional law at the University of Chicago Law School from 1992 to 2004.
Over 8″ tall, heavyweight polyresin construction
Finest quality Barack Obama bobblehead ever produced
Highly collectible
Ships in colorful collectors box, with molded styrofoam protection
New version with RED tie and grey highlights in his hair
[amz_corss_sell asin=”B00470MKFC”]

There are no reviews yet.

Be the first to review “Barack Obama Bobblehead” Click here to cancel reply.